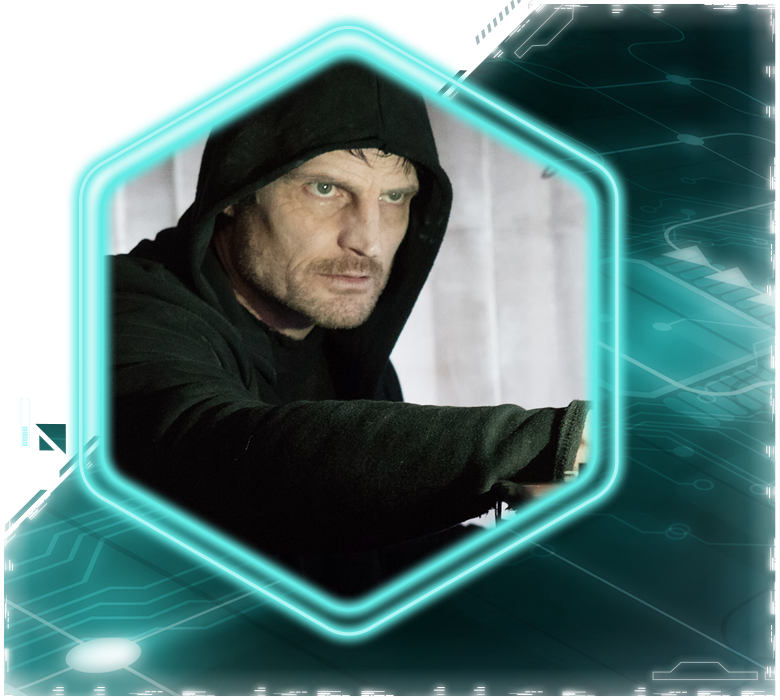 [ THE VILLAINS ] THE SOURCERER

An evil, twisted hacker bent on destroying humanity through attacks in cyberspace, the Sourcerer is always on edge, easily agitated, and prone to sudden fits of anger. Working out of his abandoned warehouse or his van, he is goal oriented and is only satisfied when his goals are achieved. His main goal is to return civilization to the dark ages, and incite fear and panic in humankind. He writes with dark code, which is inherently malicious, and he creates cyber creatures to carry out his nefarious plots.

He also resurrects Megabyte and uses him as his agent in cyberspace. He installed a delete code in Megabyte’s program and thereby has control over him. The Sourcerer avoids public situations, but when he does venture out into the world, he is careful to fly under the radar. One day soon the Sourcerer will learn about the Next-Gen Guardians and their ability to move between the two worlds, and he’ll become obsessed with tracking them down and hijacking their technology. 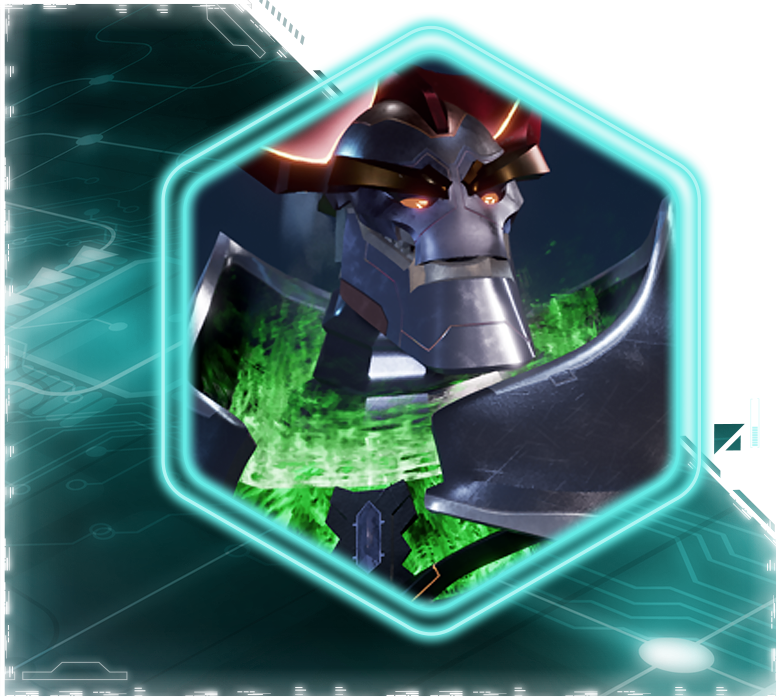 A powerful virus resurrected by the Sourcerer. The Sourcerer gives Megabyte a major upgrade — improving his powers and operating system. But he also implants a “delete code” in him, giving the Sourcerer control over Megabyte with a simple keystroke. As a result, Megabyte must follow the Sourcerer’s every command in order to prevent his own destruction.

So Megabyte waits for his chance, feigning loyalty to the Sourcerer. He carries out his missions with a smile, while quickly establishing his own power base in cyberspace – a gothic fortress complete with an army of Sentinels. The legacy villain from the original ReBoot series, Megabyte remains his usual egotistical, bombastic self. Intelligent, ambitious, calculating, and manipulative, with a wickedly sarcastic sense of humour – he’s a formidable foe. 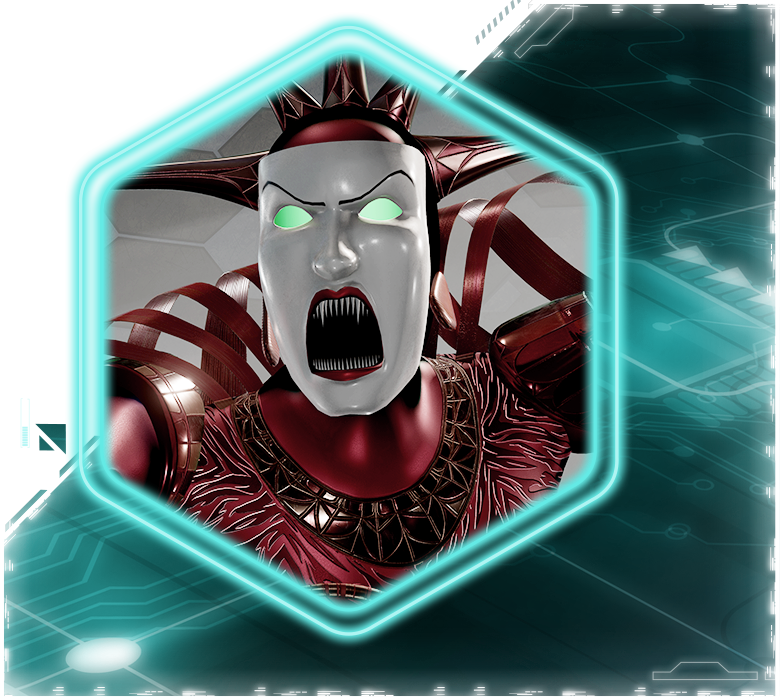 A legacy character from the original ReBoot series, Hexadecimal is the Queen of Chaos, the Maven of Mayhem. Borderline artificially intelligent, she is intent on disrupting systems purely for her own twisted amusement. An unpredictable wild card, Hex has sided with the Guardians in the past, but she can’t be trusted.

Intrigued by the vastness of cyberspace and the new breed of Guardians, she senses an opportunity to spread her wings and let her scary, crazy impulses loose. She is unafraid of Megabyte and enjoys challenging him or aligning herself with him, depending on the circumstances and her mood. Hexadecimal possesses the power to manipulate energy and flings Fire Balls.