Meet The Guardians of Cyberspace 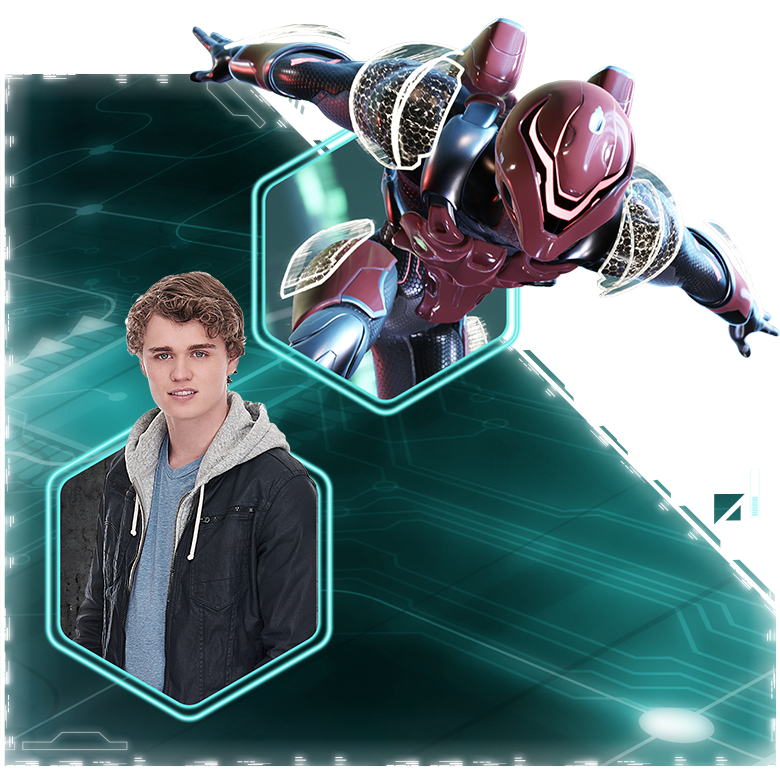 The Snowboarder Dude. Austin is cool, smart and capable, but somewhat aloof and detached. A natural athlete with terrific reflexes, he’s interested in individual pursuits and extreme sports – not team oriented. Still dealing with his father’s sudden death a year ago, Austin masks his grief behind his wisecracking, carefree persona and doesn’t want to talk about it – at all. Ever.

Austin is a natural leader, he just doesn’t know it yet, and isn’t ready to accept that kind of responsibility. His best friend is Parker. They’ve been like brothers since they were little kids. Austin teases Parker, but he always has his back and knows that Parker has his. Over the course of the season, Austin grows to care about others, and comes into his own as a natural leader.

As Vector he is fast, daring, and packs a punch, but he often acts impulsively and plays by his own rules. Over time he’ll learn about tactics and the value of teamwork, and become the passionate defender of cyberspace and the leader he is destined to be. 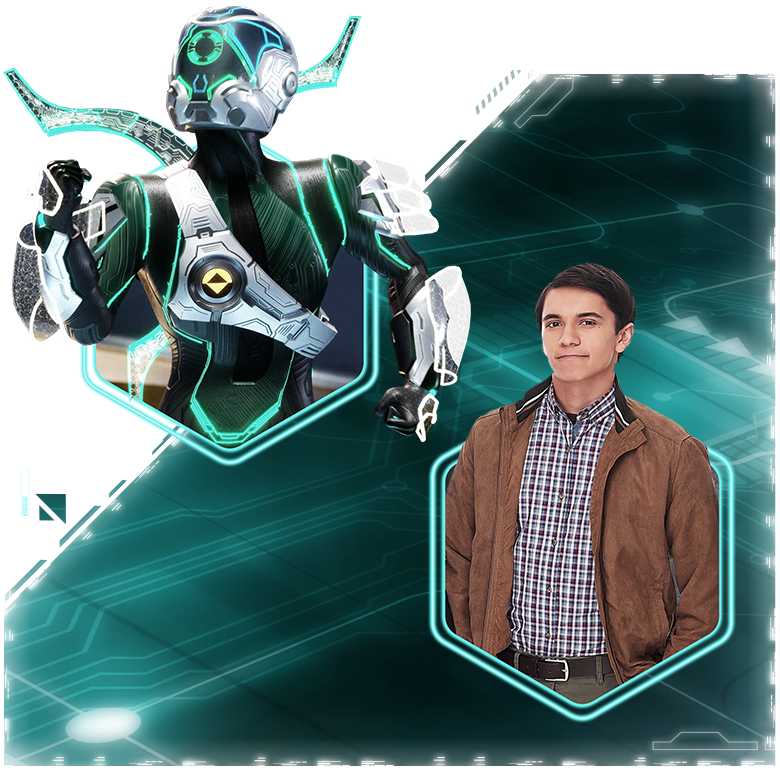 The Techno-Geek. Innovative and daring, Parker is an avid gamer and prides himself on being an A+ student, excelling in math and science. He skipped a grade, has a bit of a superior attitude about being so smart, and he’s sometimes impatient when others don’t catch on quickly enough. When Parker likes something he is excitable and enthusiastic, but he can also be judgmental of things he doesn’t like.

Ultimately, Parker wants to fit in, be respected and appreciated, but he also likes being different. It’s become part of his identity, a badge he wears proudly. He’s often awkward, not fully understanding social cues. Parker looks up to Austin but he’s not afraid to challenge him if he doesn’t agree with his point of view.

As Googz he uses code like magic – conjuring, dominating and destabilizing. He’s an excellent scout and a quick thinker, and enjoys battling enemies. But he can be too bold or over-confident for his own good, or the team’s, and sometimes finds himself in over his head. 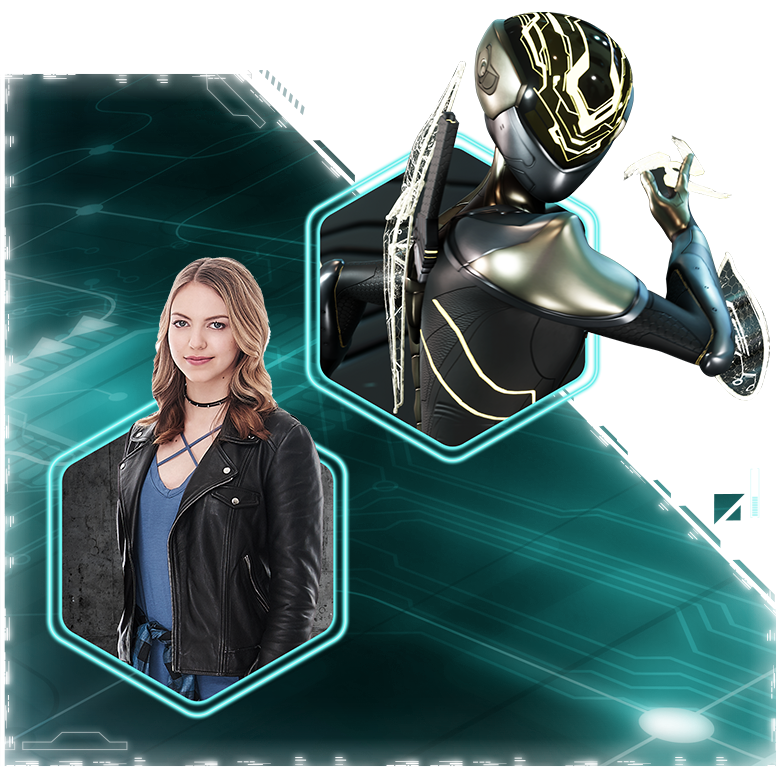 The Social Media Maven. Tamra is an intense, opinionated, alt chick. But under her edgy, sarcastic exterior she is actually quite sensitive, open and empathetic. Her TamraSez Vlog gives her a voice and a means to share her thoughts and feelings. She enjoys having an online following but isn’t after fame – she just wants to engage.

Tamra is into music, video games, dance and fitness, and martial arts. She has a strong sense of right and wrong and doesn’t trust people who are dishonest and manipulative. As the season progresses, she will emerge as a voice of reason, logic and compassion within the team.

As Enigma she is a cyber ninja, hiding from scans, slipping past security, attacking from the digital shadows. She’s an infiltrator, and a fierce combatant. Quick and agile, she can cut with a whisper or slice with sonic booms, and she always has the other Guardians’ backs. 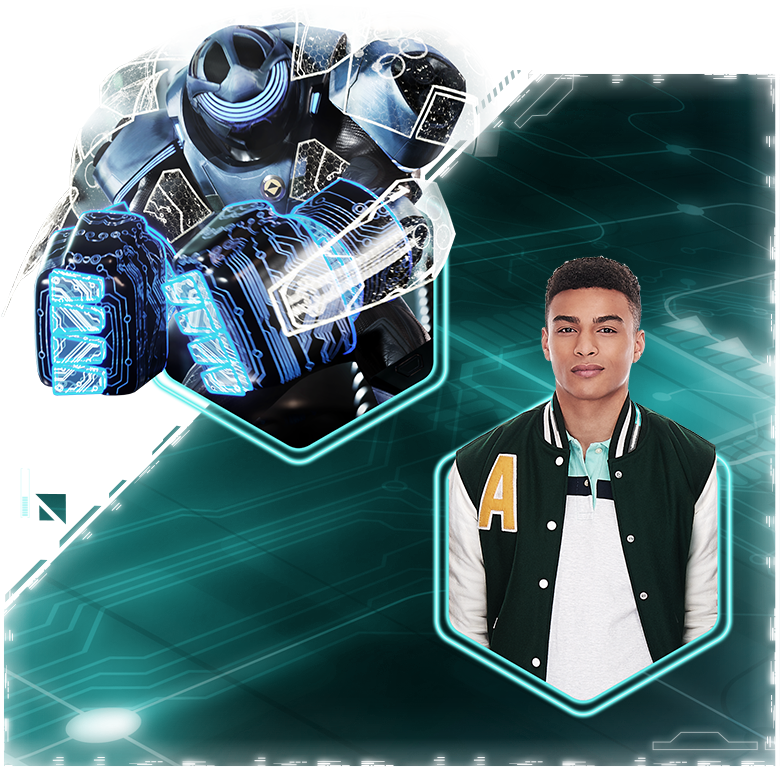 The Jock. Ripped and strong, Trey’s a star basketball player who can carry a weak team on his back, and has to with the Alan Turing High Codebreakers. A fitness nut, he’s always exercising – pumping iron, doing push ups, sit ups, squats, lunges – and he has the physique to prove it.

He comes from a military family, and has a tough “drill sergeant” father who wants the best for his son but can be firm and mean to him. As a result, Trey is conflicted; he wants to be his own person but also wants to make his father proud. While Trey is highly competitive, he’s also fair and supportive. The exception to that rule is when rules aren’t followed. Then Trey can be harsh. He needs structure and likes things planned and by the book.

As D-Frag he’s a tank, an oversized bruiser! The largest of the Guardians, he’s always ready for battle and is a staunch defender of cyberspace and his teammates. He gets a lot of pleasure from fragging his enemies and any malware that crosses his path. 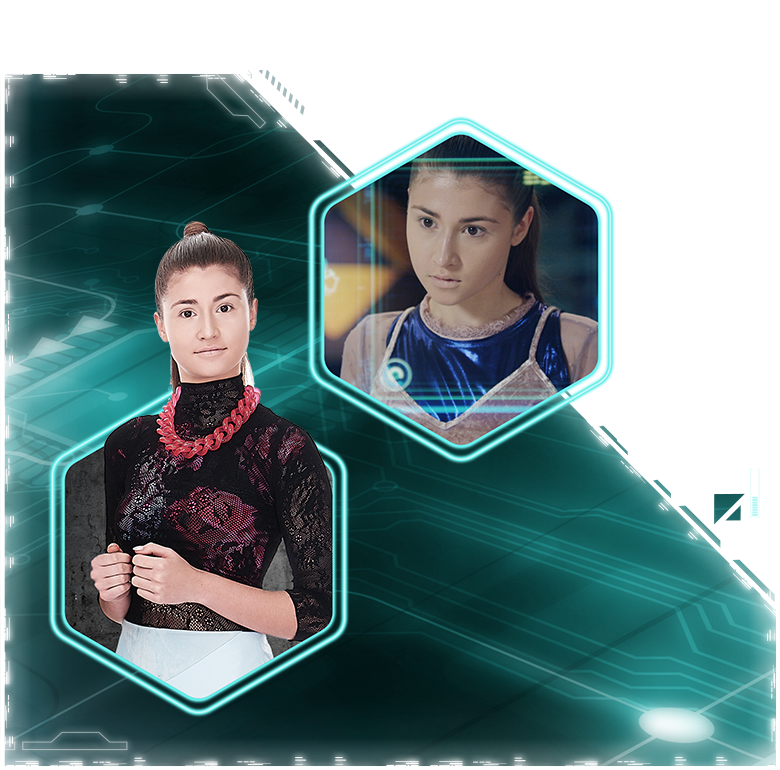 V.E.R.A. stands for Virtual Evolutionary Recombinant Avatar – her form in cyberspace. She was designed as an adaptive construct with one purpose – to train and mentor the Next Generation Guardians. She is programmed to be focused and determined. But once she’s 3D bio-constructed as a teenage girl in the real world, she cannot return to cyberspace and must guide the Guardians from Room 0 – their secret headquarters in the basement of the school.

Vera is a multitasking marvel, exploring all the fascinating aspects of being a human while making sure the Guardians fulfill their mandate to mend and defend cyberspace.